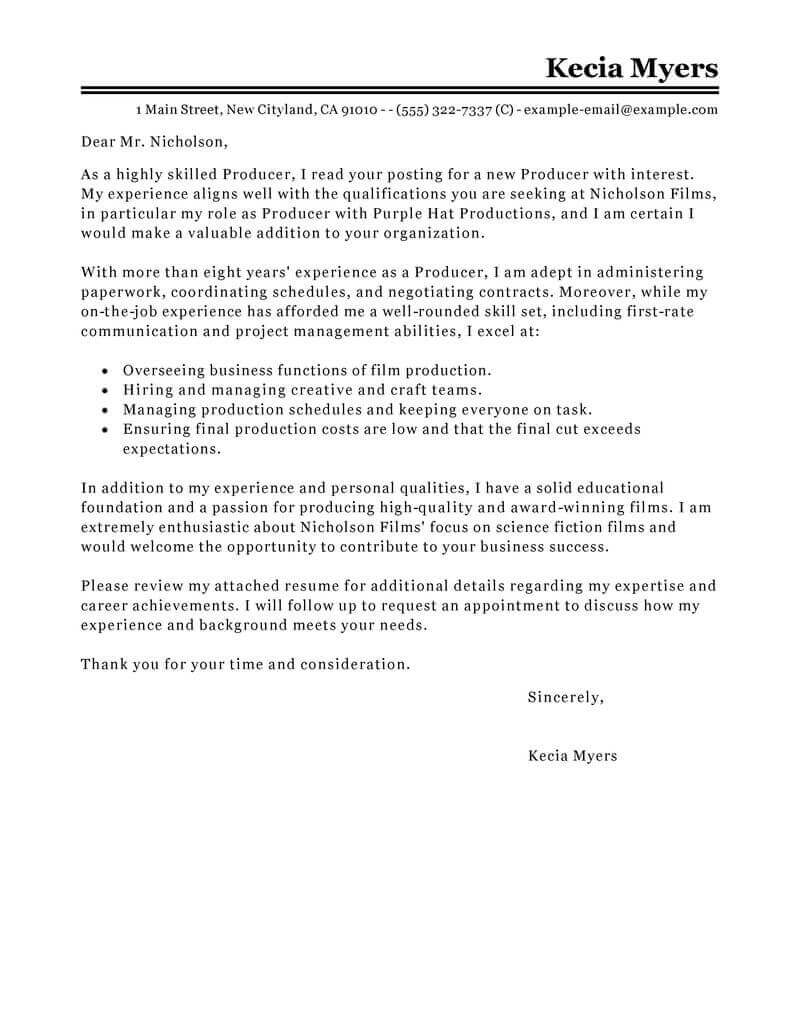 Sometimes you meet someone at a networking event or other social setting and he or she says, “Send me your resume.” That’s when you need a good follow-up cover letter to use as an email with your resume attached.

In Paula’s case, she had a casual phone conversation with John, the Program Coordinator at an organization that Paula belongs to. Paula was not expecting to discuss a job as TV host, but when John brought up the idea, she jumped on it. With this cover letter and email, she follows through on her promise to send John her resume.

Even though Paula was responding to a casual phone conversation, she knew her cover letter, resume, and other attachments would be used as a formal application for the job. So she wrote a cover email that was both friendly and professional. Then, she copied and pasted the email message into an MS Word document, added the letterhead, inside address, and date to create the standard cover letter format you see below. That standard cover letter is what she attached to the email, along with her resume and the articles she mentions in the letter.

What an exciting adventure you have embarked upon! I definitely would like to host your four-part series. I especially like the idea of doing some field work, interviewing world adventurers who travel alone.

Once we were off the phone, two questions came to mind:

I’m attaching the material I mentioned: my resume and a few issues of my “Travel Tip of the Month.” These tips would make excellent segment topics.

John, thanks for thinking of me for the role of host. I will follow up on this note to learn when we can begin work together. 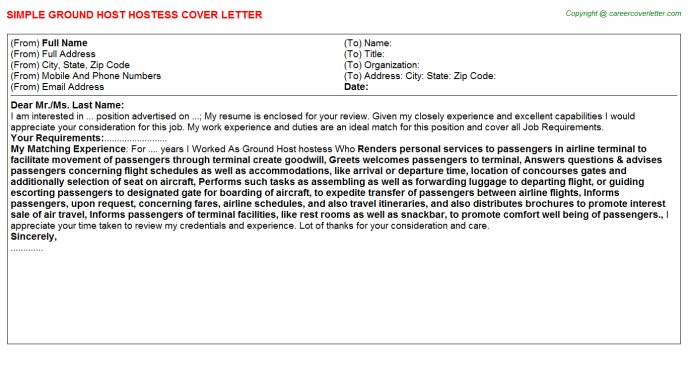 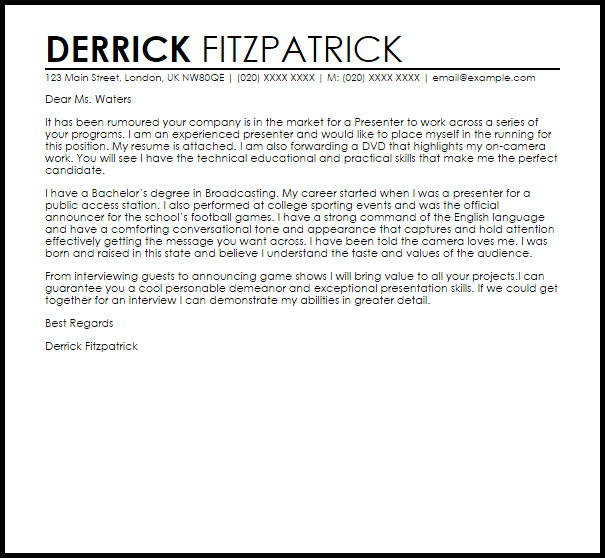